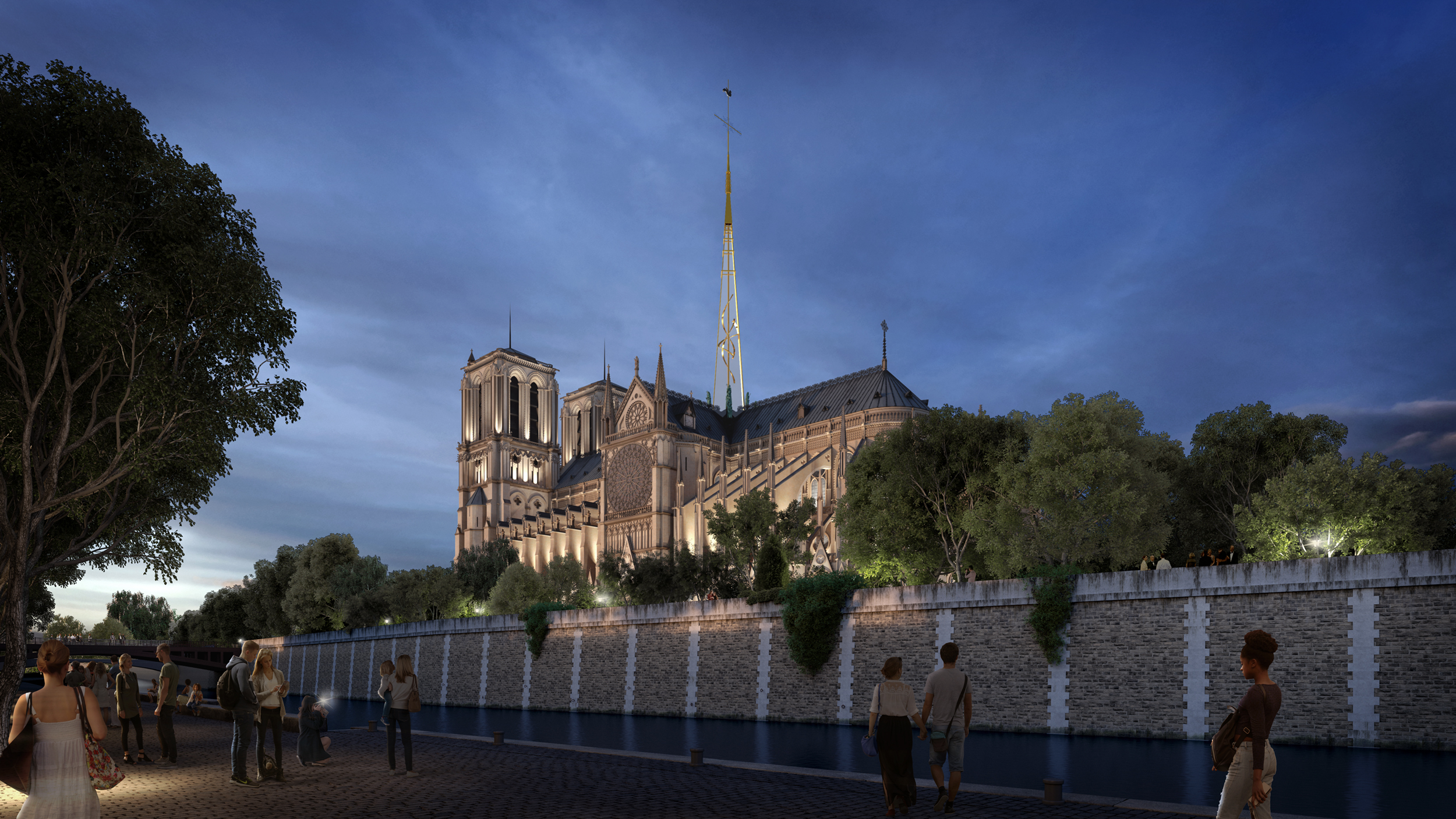 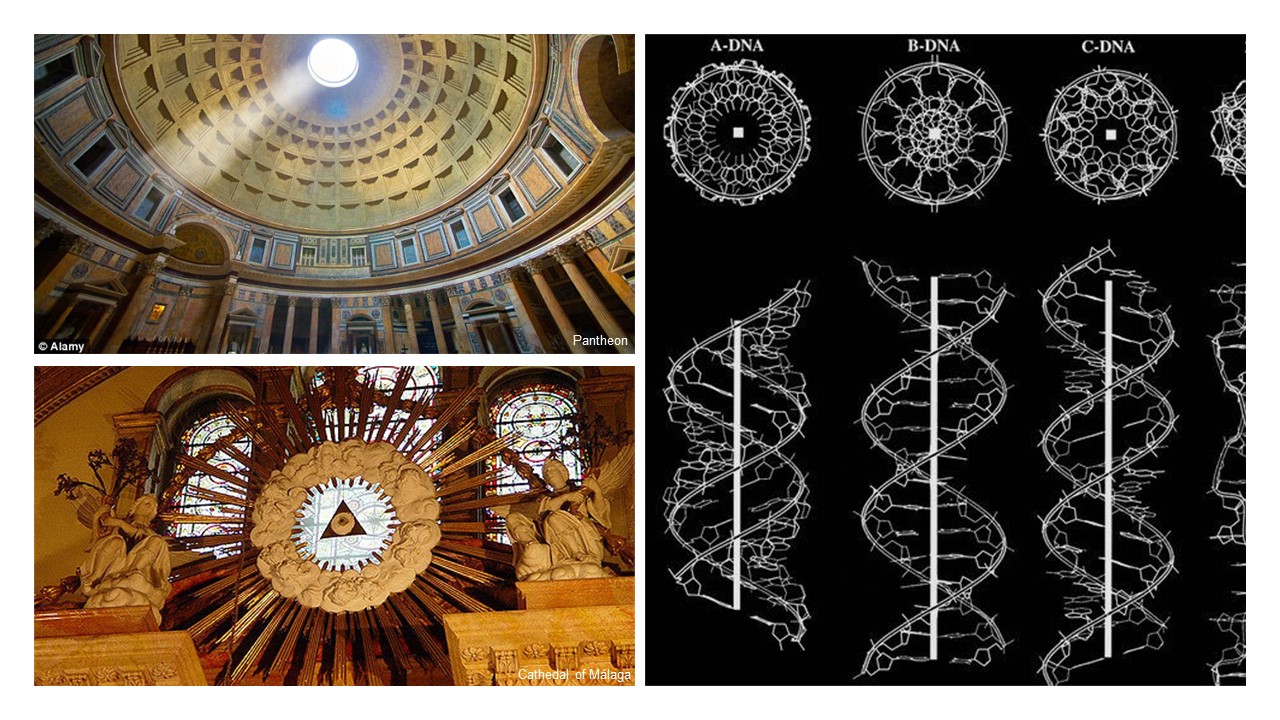 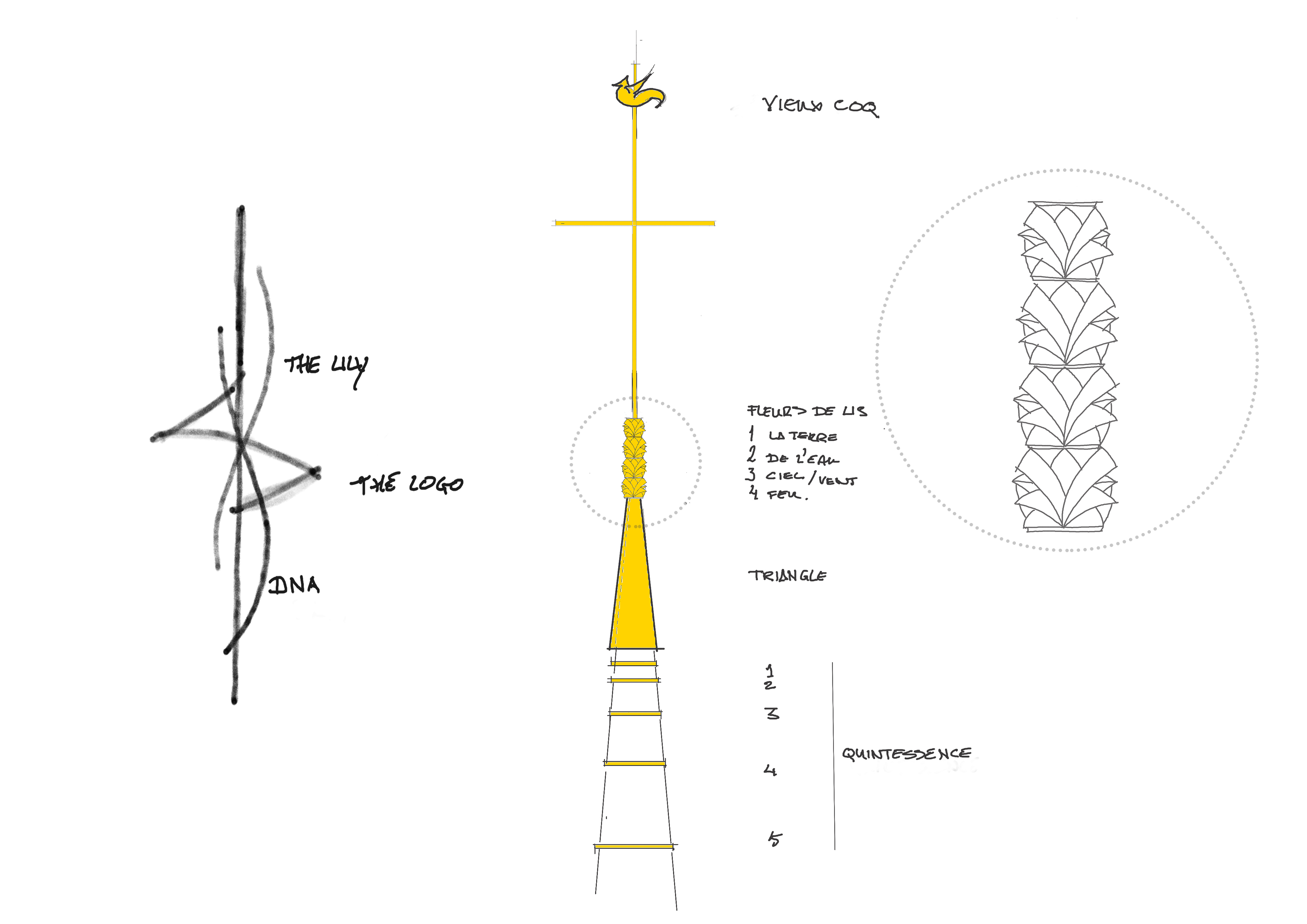 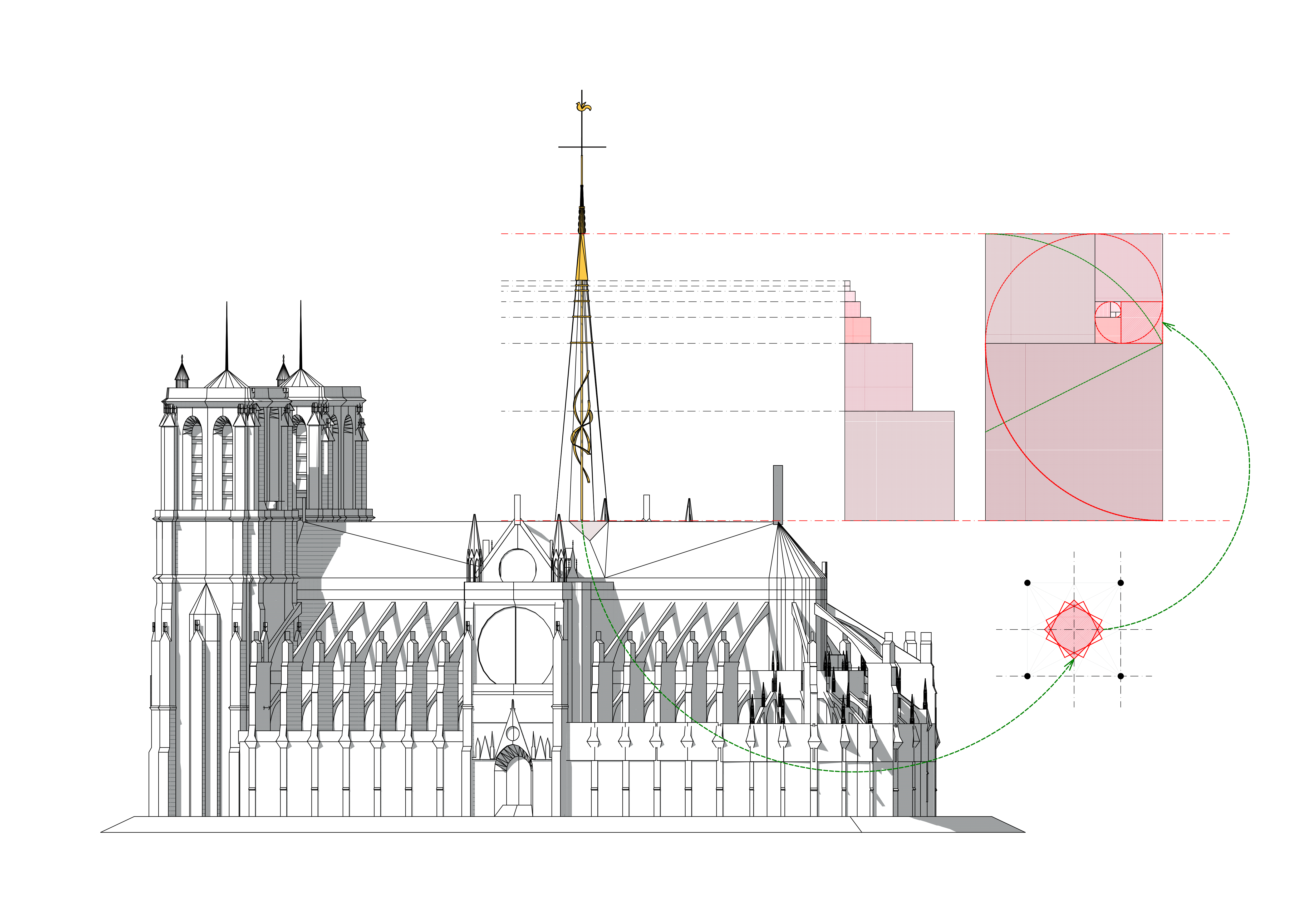 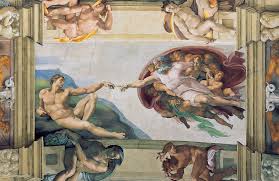 The Gothic spirit that leads us through our suffering
In the choice of restoring Notre-Dame, the starting point should be that the essence of the Gothic message is seized. The Gothic story is not only told in a language of construction, it is more dominantly told in a language of the mind, the spirit.
The Eiffel Tower and Notre-Dame differ substantially in function. The Eiffel Tower is there for the view, the out-sight; Notre-Dame is there for in-sight.
Only for this reason Notre-Dame de Paris must never be turned into an attraction.
If an open search for a correct understanding of that Gothic truth is undertaken, the question will arise whether it is a fair and correct option to rebuild this house as it was until just before the fire.

The Trauma, the event
With every trauma that happens to us, we have to ask ourselves how to deal with it.
Why the trials are put to us is irrelevant, it is because they are there that we cannot and must not turn away from them.
The emotions that arose from the event of the fire, suggest that there is more to it than just a fire; more than a partial destruction of an important house.

The beauty of Gothic and the spirit of Notre-Dame
In general, it is without a doubt that the Gothic cathedral is the “highest” form of building, that we have ever achieved. Does this have to do with aesthetics? Die Gesamtkunstwerk? Is the external appearance actually important? Is the image a cloak for a much richer message?
The building seems to resonate with something in the soul. Many rightly indicate that there is more. “A large stone book where keys can be found for a message” this said by Roman-Catholic priest and author Antoine Bodar. This is clearly the case.

The quest for the Gothic truth must come from within our souls.
The thought of the builders of the Gothic Cathedral was and is, not just giving a face or image to the space. The Gothic cathedral is deeply committed to a persistent conquest of the void of our existence.
If we fully realize this when deciding on the nature and quality of the restoration, we will walk an adventurous path where our fingertips will almost touch the fingertips of those who have gone before us in wisdom and in love.

Questions always arise about the original structure. Were we just beyond the ego? Was Nature a carrier of our existence? How should we deal with fundamental fears of light and darkness, which have, as it were, nestled naturally in our DNA? Is there consolation in this, for many people, poor and sometimes miserable existence? Subjects that seem more topical than ever.
If we read a story, do we look at the letters and the words, or do we try to understand what is being said. If the first is only possible then a book could never be translated. In other words, do we recapture the original Notre-Dame by stacking the materials as did the last person, or do we try to listen to the whisper of the wind that has been blowing through this building for the past centuries?

Why it tries to comfort us
Long before the internet reduced our world and loneliness became more and more a part of our lives, the earth was much rougher and many times emptier.
As Hariri writes in his book Homo Deus, until a few decades ago, there were only three things that people dealt with on a daily basis:

These scourges constantly plagued human existence. Even though times are different, it now seems more than ever that for every person a search for light is still a fundamental desire.
Every person wants to look for the essence of his or her existence. To find the germinating seed, that can also be called hope.
If the circumstance of humanity should be described in one way throughout the ages, it would be living in darkness with an infinite desire for improvement. Improvement and enlightenment. But they had to do something for that. And that is still the case. Even a contemporary “philosopher” Bruce Springsteen proclaims: … “if you want to find the river or redemption in the valley of truth …” You have got to work at it ”….

The Gothic buildings were the first to clearly indicate that this improvement meant a personal search. Not by saying what they had to do but to inspire everyone in such a way that a person could find his or her path.
A comforting thought. Perhaps a lonely search where the “big stone and glass book” can be a key.

Somewhere the Gothic story began
There are moments in time when things seem to synchronize.
If people are aware of that moment there is a possibility of improvement; even of enlightenment.
There, long ago, in the early days of the 10th, 11th and 12th century, some were able to make long journeys, and these people were able to match the journey with the ability to learn from the other people.
They came back from their journeys with stories. In the Middle East, travelers learned to calculate, others taught them about the importance of nature. The Far East taught them to look inside. The ancient Egyptians, the ancient Greeks. They exchanged and, even better, the travelers listened.

Gradually a realization emerged that you as a person could exist by the grace of the other.
Freedom through knowledge.

The rules of calculation made it possible to determine the force lines that were caused by large buildings. Only put stone where stone is needed, relieve pressure against the forces splashing away. The rest may be glass. Light could be let in. Pressure lines could be precisely followed and pinnacles, as decorated ends of pressure arches, “pushed” the vector force to the ground as a result.
Suddenly one could balance the head and the heart, to know what to want to express and also to know how to do it. It was an inspiring time. The house became more than just shelter from the wind and rain. More than a balance between the free spirit and the scourging matter. Inspiration became the key.

The ancient Greeks
The numbers 3,4 and 5 express a lot in Gothic buildings. Three as a spiritual number, four as a material number (earth, water, air and fire) and five as a divine number. The Quintessence, the fifth essence, which makes everything possible.
As an ancient Greek and educated in Egypt, Pythagoras is depicted on Gothic cathedrals.
He had linked mathematics (the Pythagorean theory) and philosophy to each other. As if by no chance, the Golden section, the Sectio Divina, finds its foundation in these numbers, Greek philosophical thinking. The Golden Section has become the basis of everything that has meaning and it can always be found in our art, our culture and the nature that we may live in.

The painter Raphael also painted Pythagoras (and asked the revered Michelangelo to help him with that). The story goes that Michelangelo wanted to do that, and help paint this important Greek person and perfected, for Raphael and for us the “School of Athens”. He did this in the room right next to where Michelangelo was painting one of his most beautiful works in the Sistine Chapel of the Vatican. The touch.

It’s not about giving an answer; it’s about inspiring a question.
All spiritual imaginations inspired to ask questions. This is also in the Gothic cathedral. Questions where people can experience the connection in depth. Whenever it synchronizes with a tone deep within one’s own desire, the beauty of the message will be felt. By recognizing this desire and the questions, each is more able to share. It’s not about giving an answer, it’s about inspiring a question. Finding your way to the core of your existence. Over the labyrinth, on the floor of the cathedral of Chartres, people still walk the route, the path of life, to the redeeming core of their existence. You have to do it yourself with confidence. The beauty of the Gothic period it is not about giving answers, it is in the question that the elevation of one is found.

The search for the light “The Fleur de Lis”, the Lily, which adorns the Gothic cathedral with such richness, is the flower that has been a comforting symbol since ancient Egypt. This plant grows out of the mud of the Nile towards the light to be seen as an enchanting beauty on the surface. From the dark muddy misery of the deep river, the Lily “knows”, that the effort to search for the light may deliver redemption.

So there is responsibility of oneself. Sometimes also expressed as your own highest judge, who will always see you. After all, this is hidden deep within yourself and you are the only one who can address it. Is the incoming light at the Pantheon in Rome possibly the same message? Did I live well? Have I not denied myself? Did I not harm the other person? What has my role been to the other person? Do I trust myself enough to do the same towards the other person?

Concluding question
Is the event, the trauma, the fire of Notre-Dame, just something that has happened to us or does fate give us a chance to reflect again on what is really important on our path of life.

Everyone involved in the material heritage of Notre-Dame wonders whether the solution lies in the exact return of what was, the material?
Should we not try to see that the real spirit of the Gothic has been trying to make it clear to us for many centuries that beauty is found precisely when we transcend the tradition of the material.
Perhaps this is such a moment to listen to what this building has always been whispering.

The solution would connect us more than ever. If we dare to reach to that fingertip, the solution for the rebuilding will be found. What the Gothic Cathedral and thus Notre-Dame whispers is:
In the search for the light; in your life, deep in yourself, your highest judge, will always see you. What we see outside we will try to explain when we go inside towards the light. 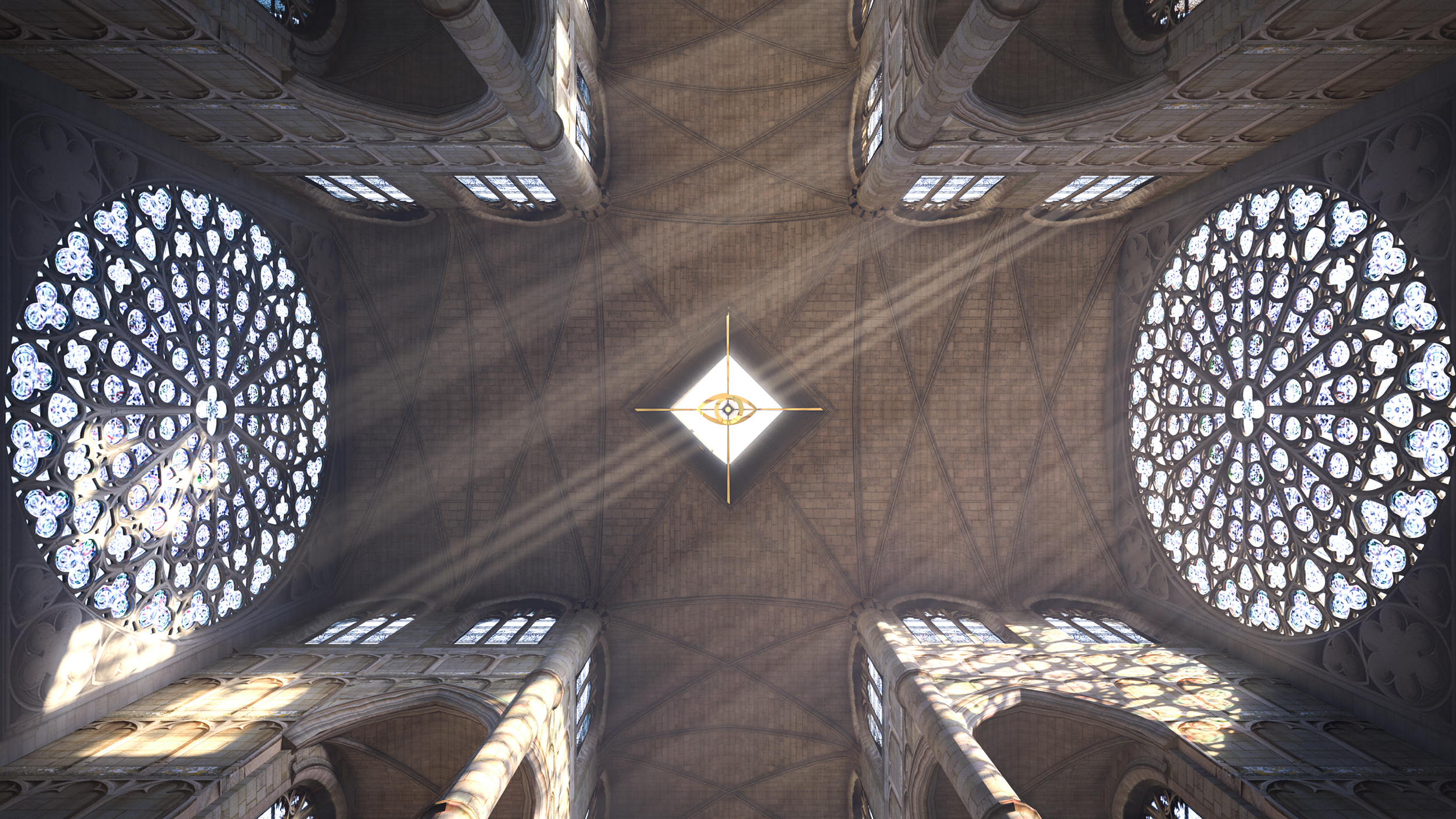 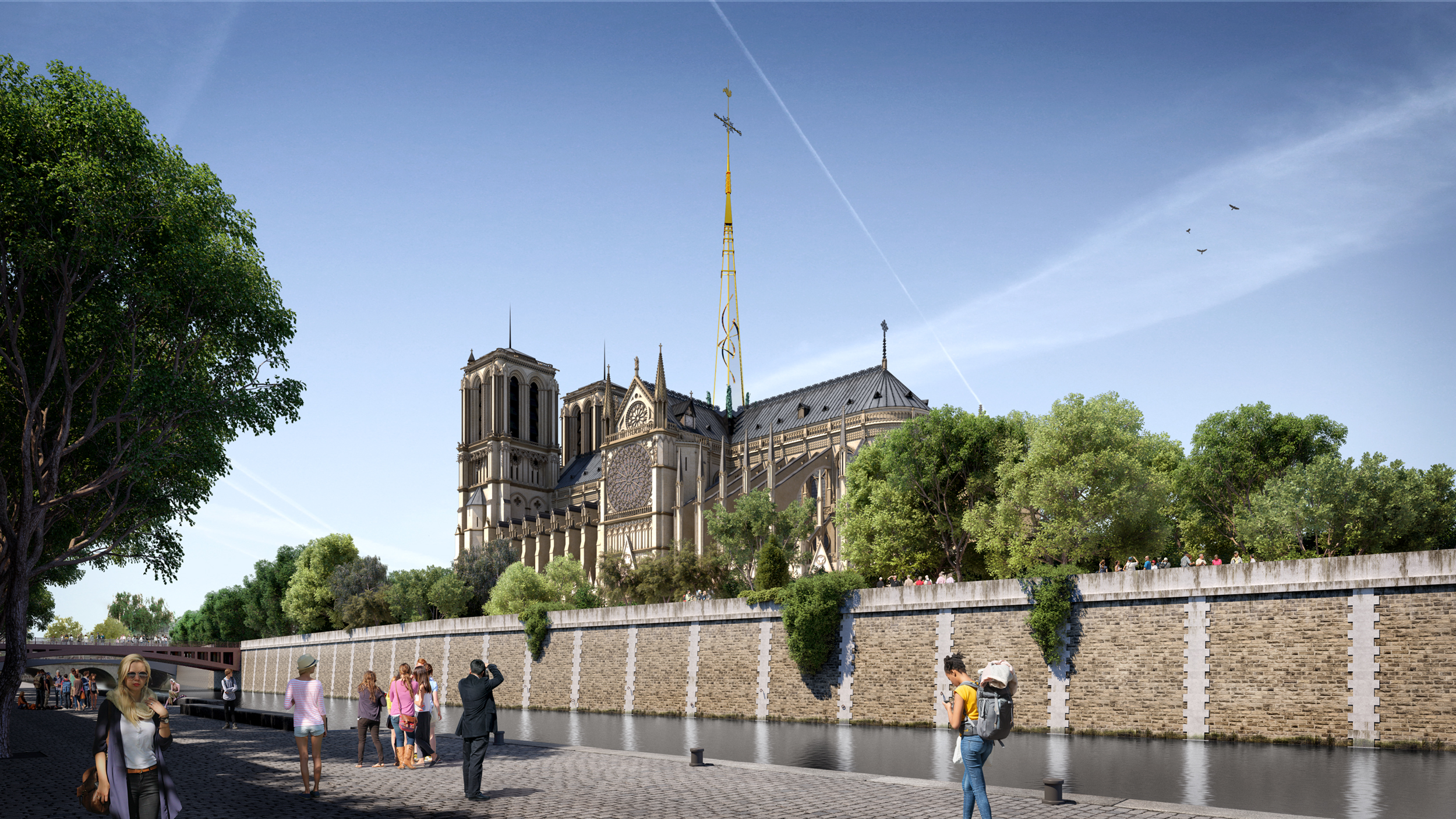 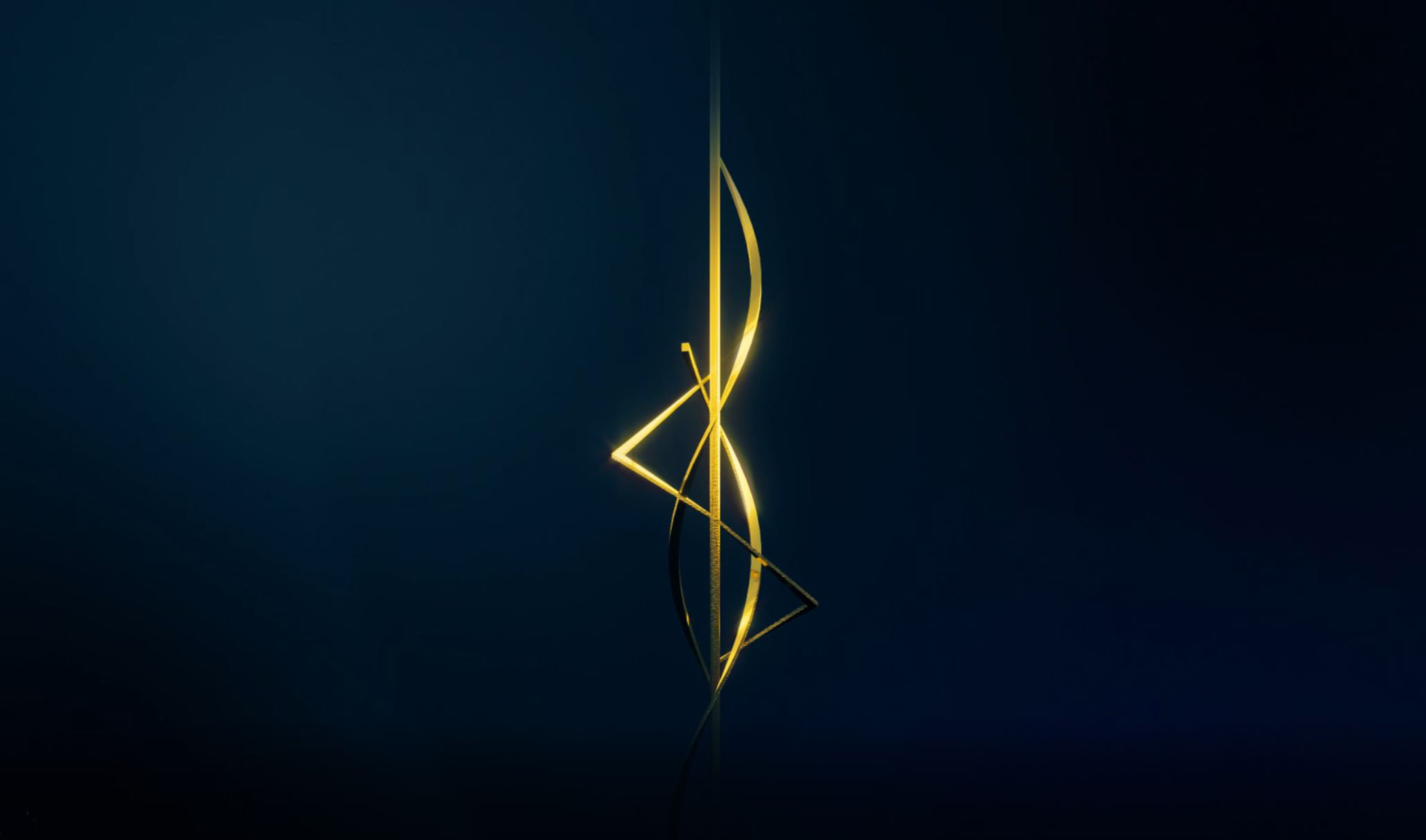